EMBASSY OF THE FEDERAL REPUBLIC OF NIGERIA

The International Export Forum “Made in Russia” was held in Moscow, on Friday, 10th December, 2021 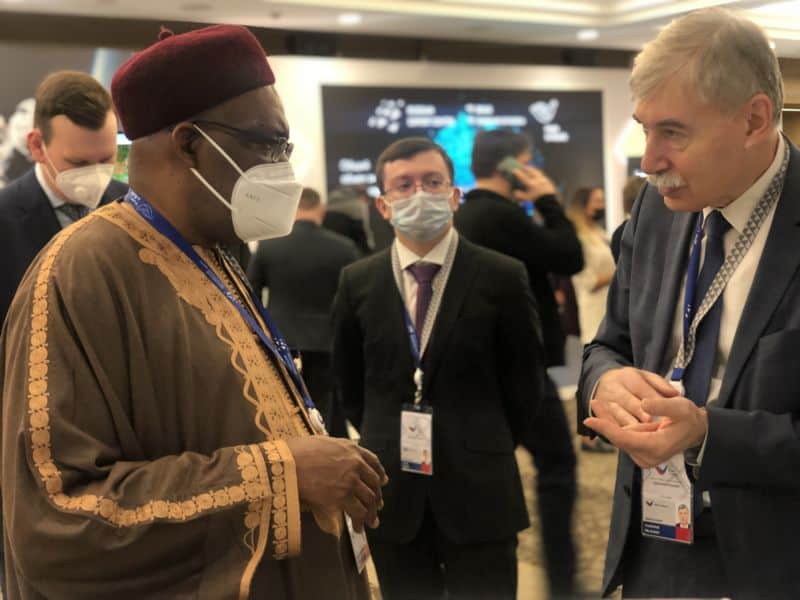 The International Export Forum “Made in Russia” was held in Moscow, on Friday, 10th December, 2021. The Forum has become a unique platform for experts to discuss export issues and the development of innovative steps to increase the supply of Russian goods and services abroad.

The event was attended by foreign entrepreneurs, representatives of retail chains, business associations, e-trading platforms, as well as participants in business missions from the EU, the Middle East and the Commonwealth of Independent States (CIS) and the diplomatic community. Participation also included Mr. Mikhail Mishustin, the Prime Minister of the Russian Federation, Ms. Ana Brnabic, the Serbian Prime Minister and Mr. Thani ben Ahmed Al Zeyudi, Minister of State for Foreign Trade of the UAE.

In his remarks, H.E. Mikhail Mishustin informed that Russia has to achieve the ambitious goal of boosting the exports of its non-commodity and non-energy products by at least 70 percent by 2030. He assured that Russia’s non-commodity and non-energy exports are expected to reach $180 billion at the end of 2021, the highest figure recorded over the past three years. In order to achieve this, he emphasized the significance of creating favourable conditions in expanding sales of industrial products, facilitate the large-scale operations of Russian companies in foreign markets and to involve more entrepreneurs, primarily small and medium-sized businesses, in this process.

In her remarks, Ms. Ana Brnabic stated that the Serbian government has identified three key development priorities, in the areas of artificial intelligence, capacity building in the field of biomedicine, biotechnology, bioinformatics and biodiversity as well as energy security and stability, for long-term sustainable growth of its economy. On foreign policy, she expressed Serbia’s desire for full membership of the European Union, noting that this will not serve as an impediment to cooperation with Russia on political and economic relations.

On his part, Professor Abdullahi Y. Shehu, the Ambassador of the Federal Republic of Nigeria to the Russian Federation held series of meetings on the sideline of the Forum. In his interaction with Mr. Rustam D. Shamsutdinov, Member of the Management of Kamaz PTC, a company that produce a variety of heavy-duty vehicles: trucks, trailers, buses, engines, and various power units, the Ambassador stated that the company’s products are some of the most important for Nigeria in her drive to fully embrace mechanized farming. He expressed the willingness of the Embassy to support the company, in order to explore possible areas of cooperation with Nigeria.

Similarly, the Ambassador also met with Mr. Maksim MAKSIMOV, Sales Director of Rostselmash Group of Companies, that specialized in the designing and manufacturing of agricultural machinery. It was disclosed that the company has secured an Agreement with six States of the Federation, to support farmers in the states with harvest of their farm produce. Ambassador Shehu indicated his readiness to facilitate means of extending the partnership Agreement to other States in Nigeria.

Embassy of the Federal Republic of Nigeria
Moscow, Russian Federation, 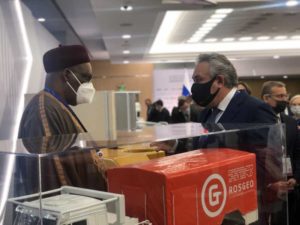 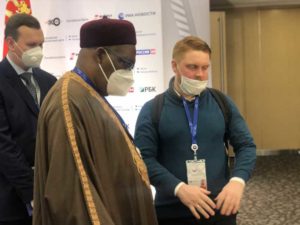 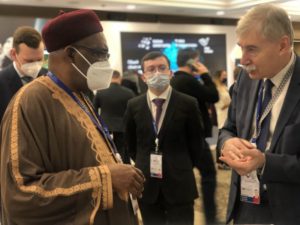 The Ambassador of the Federal Republic of Nigeria to the Russian Federation with concurrent accreditation to the Republic of Belarus, His Excellency, Abdullahi Y. SHEHU 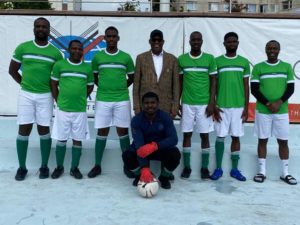 PRESS RELEASE On 5th June, 2022, the Embassy of the Federal Republic of Nigeria along with twenty-five Embassies and Institutions participated at the 21st MGIMO